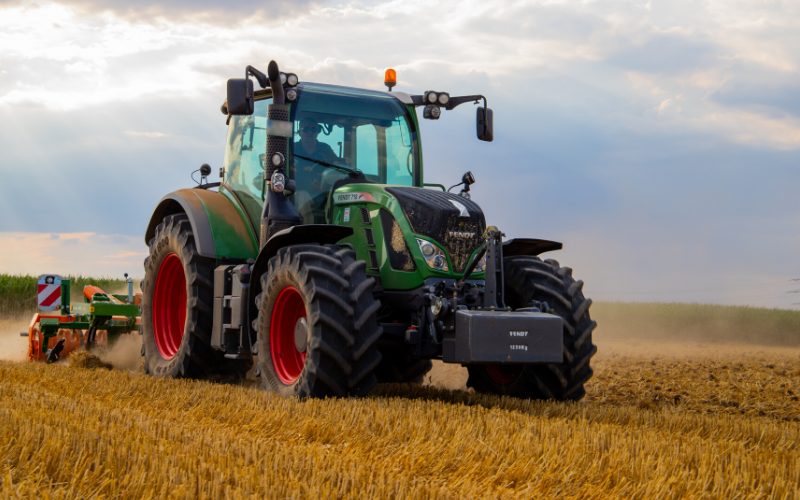 Fracture of metacarpal bone with displacement

No win No fee

We would like to direct your attention to a person whose life was in a difficult place a few months ago. Mr Kamil’s story may be of comfort to many people who had an accident and do not know how to deal with such a situation. We invite you to read the interview.

Could you tell us how the accident came about?

The accident occurred on a farm, where I worked as a machine operator. During one of my routine tasks I sustained an injury, as the tractor I was using was faulty. I had reported to my superior many times, that the brakes were damaged, but nothing was done towards fixing this issue, hence we had to work with faulty machinery. One day, the brakes did not work, and it caused the vehicle to hit a barrier, as a result of which the steering wheel hit my hand.

After the accident I was taken to hospital, where it turned out that my arm was severely broken. I was patched up and given pain medication, followed by which I was directed for a consultation with a specialist.

What injuries did you sustain?

I suffered a fracture of the fourth and fifth metacarpal bone with displacement. I underwent surgery which consisted of permanently inserting two plates and inserting screws into the broken bones. As a result on the surgery on my hand, there remains a large scar, and the plates under my skin are rather noticeable. Upon a change in temperature I can feel discomfort which worsens when it gets cold. At the medical commission, which took place during the case for damages, I learned that removing the plates could result in a worsening of the symptoms.

The accident was a traumatic situation for me. As you can imagine – for a foreigner living in England on their own, the situation was very difficult as I could only count on myself. I did not know the medical or legal system in England, so I didn’t know what to do. This was a very difficult period in my life.

How did the injuries affect your life?

I had a huge problem with organizing my life. I could complete everyday tasks such as cooking, cleaning or dressing myself. During the period when waiting for the dates of my surgery I experienced severe pain which drained me mentally and physically. I did not know what would happen or what would await me.

How did you find the firm, which you entrusted the case upon?

I delayed seeking compensation for a long time. I only began seeking advice after around two and a half years. I encountered Progressive Solicitors on the internet. Two other firms rejected my case due the approaching date of the limitation. I was scared because I did not know my rights and the firms which I approached suggested the case was a lost cause. I was informed, that I practically had no chance, because I would not be able to establish the details of the accident in such a short space of time. It was only Progressive Solicitors that clearly stated what my rights were and what I could claim for.

The firms which rejected my case were advertising themselves on the internet as having a high rate of success. However, I only received a response from them after a few days which included a rejection of my claim, citing that there was not enough time for it to be successful. Progressive Solicitors taking into account the urgency of my claim, responded within 24 hours with information – this was a pleasant surprise.

What did the first steps in the case look like?

After consulting the case with an employee at the firm, who explained the course of dealings to me in a clear manner, the claim was sent to my employer’s insurer. After a few weeks, the insurance company performed an inspection. I would like to mention that the employee, who was dealing with my case, went beyond the scope of her employment and explained to me that I should not be worried of being dismissed because of the case for compensation.

Would you like to say something to other workers, who are worried about their employer’s reaction to a case for compensation?

In many cases the injured individual is afraid to claim for compensation due to the fear of being dismissed from their job. This fear stems from a lack of awareness, as upon submitting a claim, your employer is not able to do anything – any decision made will ill intention regarding the injured person will be detrimental to the employer. You should not give up your case for fear of consequence – you should grit your teeth and experience any potential discomfort if it appears.

Was there a court trial?

No. The insurer put forward a premedical offer, which we rejected due to its inadequacy, taking into account my lost earnings, potential complications and personal injury. After completing my medical evidence, Progressive Solicitors won more than twice this amount.

What part was the most stressful?

The uncertainty of what was going to happen. If I was not directed by the firm, there would only be a minimal chance of receiving compensation. For example, for over half a year I tried to obtain medical documents i.e. the x-rays, hospital discharge papers. I was sent from office to office, but the law firm managed to obtain my documents within a month. If you try to do something of your own volition without the help of the law firm, it is like black magic and the individual dies in a thicket of procedures, trying to confront the legal system on their own. I believe that in these situations, you need to rely on professionals.

What was the most important for you?

I was guided through the entire process in a professional manner and received help in obtaining the full copy of my medical records, which I wanted to keep for future use. That really meant a lot to me.

What are you most pleased with?

By the very professional and individual approach to the client. I was never ‘ignored’, for every question I had, I received an answer in the agreed-upon time-frame. I was pleasantly surprised with the ease of flow of information – whenever I asked something or had a question resulting from my uncertainty, everything was explained to me directly, in a ‘simple, plain’ language which is intelligible to the average person.

Was it worth it to claim for compensation?

Yes, I believe that personal injury victims deserve compensation and should fight for what is theirs.

What did you receive compensation for?

I received compensation for the incurred costs, the loss of earnings during the time in which I could not work as well as personal injury.

Could you tell us what amount of compensation you received?

In what way did the compensation help you?

The money gave me the opportunity to invest. This is additional security for me for the future, in the event that the state of my hand would severely affect my work e.g. driving a vehicle for a prolonged amount of time.

Did the situation at work change?

I changed industries after the accident because I couldn’t work, so I’m not in a position to answer.

Did your claim for compensation improve the situation of other workers?

I think so, yes. My actions instilled a sense of anxiety, which caused the employer to address the previous shortcomings. This is why the people who are performing the job that I once did are less likely to have an accident and sustain injuries. I suspect that if I did not claim for compensation, the faulty equipment would still be in use and nothing would have changed.

Above all, you should not be afraid. If someone is hesitant, I suggest they seek out help from Progressive Solicitors – I believe that with their help, it is not so difficult.

We believe that the information presented will be a sort of guide for all individuals, who find themselves in a similar situation. We greatly thank Mr. Kamil who gave his time to share his story.

Your Case Is Our Priority

Progressive solicitors kept me updated throughout my case they also provided outside support to strengthened my case and assisted me to get the best result.

Hello, I would like to confirm that I have received compensation. Thank you very much for reliable and friendly service, and most importantly for effectiveness. Of course, I recommend and appreciate the company.

Great service during my personal injury claim following a car accident. My solicitor was always easy to get hold of and answered any questions I had, with patience and courtesy. I would 100% recommend this company to anyone.

Excellent service. Miss Wood kept me updated on how my claim was progressing. Would recommend Progressive Solicitors for their great service!

Great experience. Really fought my case. Kept me up to date and dealt with matters promptly and I feel I got a great settlement. Thank you!

Get professional advice on
personal injury claim for free.
Go to Top