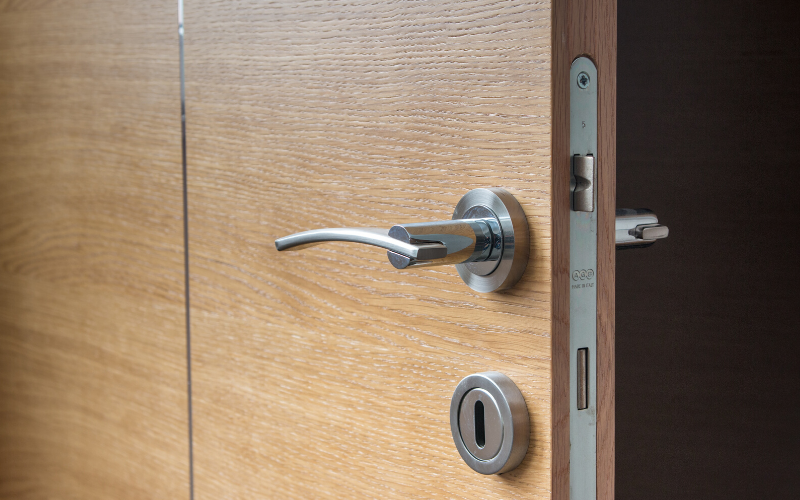 No win No fee

The client workes in the factory. He was about to enter her place of work via its main door. Another employee was leaving and opened the doors quickly from the other side. She was hit on her wrist by attempting to open the door.

The employer is required to provide a safe workplace for you and other employees. Your employer is also required to conduct a risk assessment in order to determine any potential dangers or injuries that could arise from the work environment. If you have abided by all health and safety regulations and the accident was caused by the employer’s unsafe workspace, you are entitled to compensation.

The employer failed to do any appropriate risk assessment, contrary to Reg 3 of the Management of Health & Safety at Work Regulations 1999. By breaching obligations under statute, and this is prima facie a criminal act, the defendant’s conduct, in the circumstances, was negligent, either by act, or omission.

What we did: We assessed what the employer could have done to prevent such an injury from occurring. We assessed the severity of the injury from a doctor’s report and the time taken off work caused by the injury was used to calculate the amount of lost earnings, which helps us in obtaining a valuation of the claim to submit to the defendant in the form of compensation.

Claims can be made against your employer up to 3 years after the time of the accident. If you have suffered an injury in the workplace, it is advisable to keep evidence which documents the injury, such as CCTV footage, a note in the accident logbook or records of medical treatment you required.

Claiming against your employer after an accident has occurred that was not your fault will not only potentially compensate you for your injury and hardship suffered, but will also force the employer the make necessary changes to make the work space safer to prevent any future accidents if they had been reluctant to do so previously.

Your Case Is Our Priority

Progressive solicitors kept me updated throughout my case they also provided outside support to strengthened my case and assisted me to get the best result.

Hello, I would like to confirm that I have received compensation. Thank you very much for reliable and friendly service, and most importantly for effectiveness. Of course, I recommend and appreciate the company.

Great service during my personal injury claim following a car accident. My solicitor was always easy to get hold of and answered any questions I had, with patience and courtesy. I would 100% recommend this company to anyone.

Excellent service. Miss Wood kept me updated on how my claim was progressing. Would recommend Progressive Solicitors for their great service!

Great experience. Really fought my case. Kept me up to date and dealt with matters promptly and I feel I got a great settlement. Thank you!

Get professional advice on
personal injury claim for free.
Go to Top
We use cookies to ensure that we give you the best experience and to track visitors use of our website. If you continue to use this site we will assume that you agree with it. More information: progressivesolicitors.co.uk/cookies-policy/Agree